Maybe all already know that Steve Vai is the only guitarist who has a complete engineering and gaming soundnya also exceptional, so it is very proper for varius if no 1 position occupied by the masters such as Steve Vai

Choosing varius reasons bang Joe as runner-up because it can be said in terms of album sales and the recipient of the award as instrumentalist rock album has been achieved by him and again he is also very creative in the selection of tone.

Who knew hell ga ma This tall guitarist who was the former guitarist of the band MR.BIG, perhaps because he chose varius reasons speednya pickingnya and incredibly fast (pake pake ma hand drill is almost the same time anyway?? outside the ordinary means of his right hand speed ) and also his vocal quality is also good

He is the guitarist of the band dream theater, must also agree not smua if he entered the ranks of the top 10 best guitarist? but there is one thing yangvarius less likely than men, the usual showmanshipnya wrote, even he seems to always look to the guitar neck when performing solo. but however Petrucci is one of the guitarist with complete technique as well.

What about the varius options for this position? what all agree? hell of a lot less so among rockers like Yngwie, for whatever reason. hehehe but he's still worth pickingnya count because an accurate and fast, but the less likely he is monotonous in the election lick, what do you think readers?

Although he already left this world more than 30tahun but his name still resonates among guitarists, can not be denied that he was one of the most genius guitarist in this century, too bad he was so short

7. I Wayan Balawan
To Position It varius enter a guitarist of our own country, the son of Bali is recognized by the world as a guitarist loh reliable because the technique double handed tappingnya game, yet he never see this play two guitars simultaneously by simply using the tapping? and he was also creative in combining music with Balinese folk music combined with jazz, in fact there are many guitarists who are skilled to use this technique for instance Stanley jordan, jeniffer batten and even there was one Japanese guitarist who I forgot his name yes?

Still Remember the White Lion guitarist this? varius chose him with the reason because he's one of the most clever guitar tone harmonic tones and dignakan by taping, for example, please listen to a song entitled whitelion Wait, there you can hear his guitar melody that is very melodic and played with great tapping technique. actually, there is a matter of tapping jugaEddie Van Halen, but varius memlilih Vito Brata.

Varius chose this guitar because of his genius, for those who do not know this guitarist had an illness that makes all the nerves die and can not move his body, only her eyes are still able to glance at today. and in such circumstances, he could still compose songs using the computer mouse eye sensor (Yeah great) unfortunately he suffered such a fate, when he was young and very talented loh .. he first ever duet with Megadeth guitarist Marty Friedman Cacophony to make that wing neo classic metal

Ever Listen to this name? he is the guitarist of the band Rhapsody of Fire (formerly Rhapsody name) it's a good guitarist italian nationality was chosen because his genius makes composition and orchestral arrangements are combined with the wing flow metal rhapsody music, rhythm techniques besides gun machinenya very constant and rapid.
1 comments 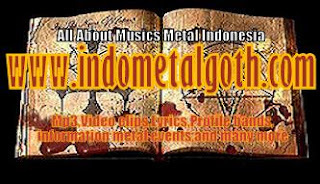 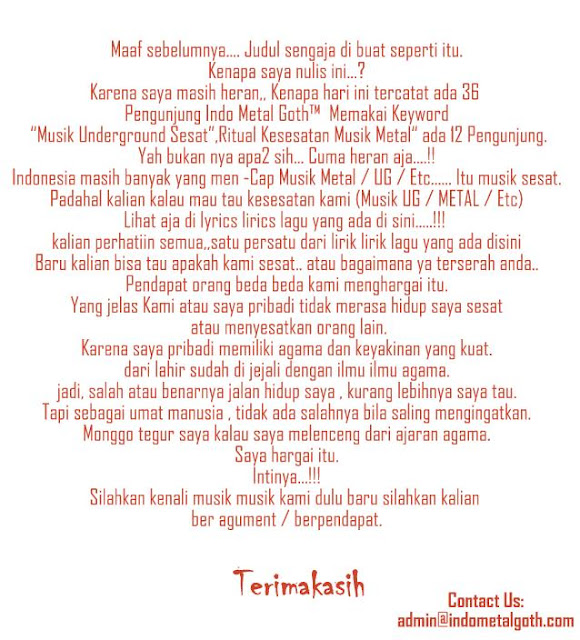 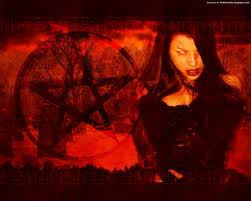 ANUETA is one of the many gothic metal bands in Indonesia.