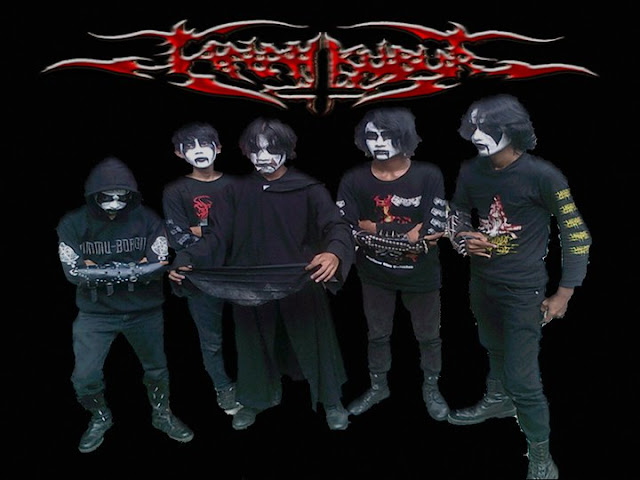 TANAH KUBUR is a band that stood on 27 June in the town of Bogor Javanesse Black Metal genre.

The first time the band was on form by IQBAL [drummer] and ARIS [vocals], after that we were look...ing for a guitarist and we were met with TOGEM [guitar I], we also agreed to make him as a guitarist I, sooner or later we met HENDRA [guitar II] who wants to be a second guitarist and we agreed to make it as a second guitarist, after that we were trying to find a bassist and we were met with IBENG [bass] as a Bassist, a long time we tried to make arrangements spinning track and we were successful make a song with the title "Surat Dari Neraka"
after that we tried to perform at some stage.
gradually HENDRA [guitar II] had resigned because there is little conflict, we had time to discharge HENDRA despair, but thanks to help from MAING [additional guitar from Expendiency] who are willing to become an additional guitarist we became excited again

and some songs from our:
1. Ritual Dahar Dupo [intro]
2. Surat Dari Neraka
3. Misteri Kuburan Sentono
4. Yaumil Qiyamah
Thanks For All !!!

Download mp3 Tanah kubur - Surat Dari neraka
Posted by Indo Metal Goth™ on Sunday, January 16, 2011. Filed under Black Metal, Javanesse Black metal, Tanah Kubur . You can follow any responses to this entry through the RSS 2.0. You can leave a response or trackback to this entry