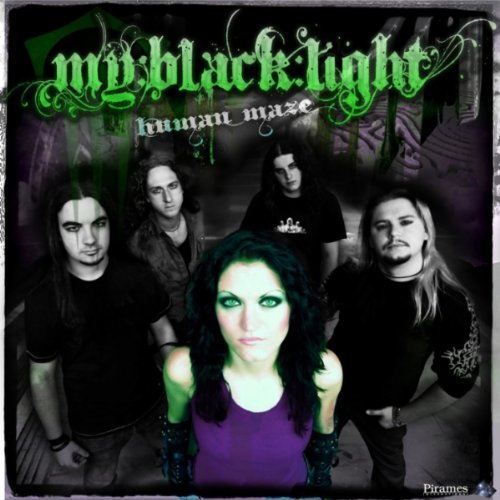 My Black Light is an Italian Gothic Metal band formed in 2008 by Rudy and Monica.

Once completed the formation of the band, decided to start with some covers to improve the harmony of the band and its personal approach to music. After six months were devoted to composing and performing on stage, music MBL attended several competitions for success and good results. Because of this, MBL made an important election in December 2009 to attend the release of "Music Village 2009." His intention was to confront the experts in the music business to find out if they had any chance. The jury's final verdict was positive and gave the force the band to move forward.

In the spring of 2010 began to record songs from their first album, "Human Maze," which was released by the label Piramed on 30 November. The structure of the songs have changed a lot compared with the initial idea. Coming from different genres that allows them the different techniques that make some of the songs complex in terms of metrics and performance and some other more commercial. In the end, the album sounds a heterogeneous but major soul Gothic represented by the voice of the singer. In late March 2011, the band signed with Massacre Records who will distribute and promote the rights "Human Maze worldwide.

Posted by Indo Metal Goth™ on Saturday, May 07, 2011. Filed under Foreign Countries, Gothic Metal, My Black Light . You can follow any responses to this entry through the RSS 2.0. You can leave a response or trackback to this entry