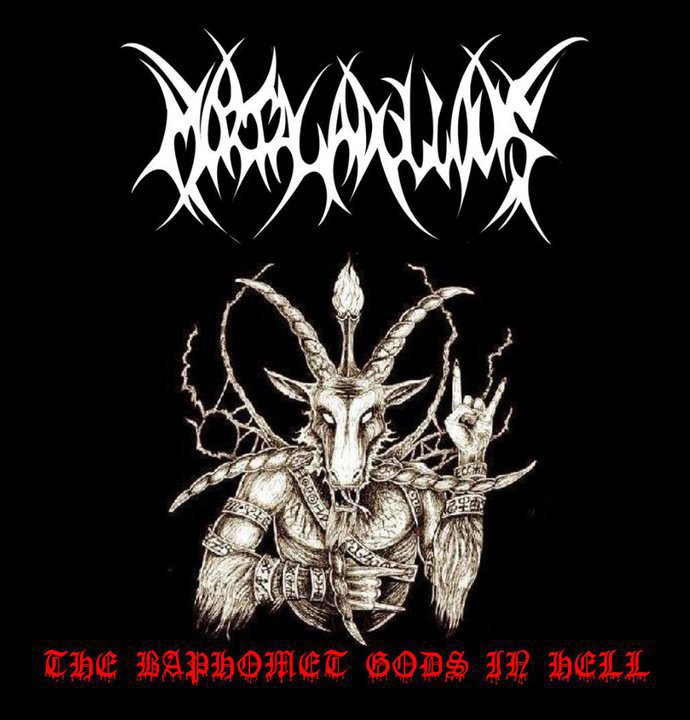 Discography Mortal Adullouis :
Established in early 2000 named Adullouis Angel, with initial formation: Akey (Guitar & Vocals) - Butonk (Bass), Andrew (Drums), Caunk (Guitar 2) and brought the Gothic Black Metal is influenced by Sirenia, Unsun, Within Temptation, Therion and so forth.
But in early 2010, many one by one personnel busy with the activities of each, then had a vacuum for several months.
Mid-2010 ADULLOUIS ANGEL renamed MORTAL ADULLOUIS and now Extreme Black Metal genre followed the entry of several new personnel who believed this is a solid formation that will be pounding the battlefield later.
MORTAL ADULLOUIS affected by Naglfar, Slavland, Kampfar, Anorexia Nervosa, Arcturus, 1349, Sargeist, Cradle Of Filth.
Now with the power and the new formation, we are ready to guerrilla back after a few years we dwell in the dark.
Lyrics and songs in the book we tried to plunge you in the pain of punishment in hell which has now been opened in the world today.
Link for freee download Mp3  Mortal Adullouis - The Baphomet Gods In Hell :
Link 1