Latest Album Megadeth "13" Will be released in November 2011

Saturday, July 09, 2011 | Filed under: Draft (Not Available Now), Megadeth, Thrash Metal | Posted by: Indo Metal Goth™
Latest Album Megadeth 2011 - The future of Megadeth's new album is called "13" and is expected in November via Roadrunner Records. Dave Mustaine explained to Tom Russell of Rock Radio in the backstage of the edition of Sonisphere Knebworth, United Kingdom, the reason for the choice of such digitized title: "I ​​started playing guitar at 13, this is our thirteenth album and I was born on 13. " 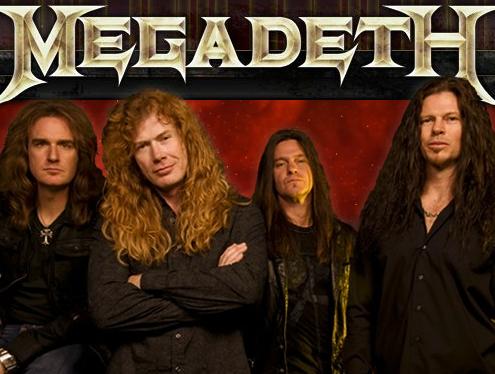 Posted by Indo Metal Goth™ on Saturday, July 09, 2011. Filed under Draft (Not Available Now), Megadeth, Thrash Metal . You can follow any responses to this entry through the RSS 2.0. You can leave a response or trackback to this entry