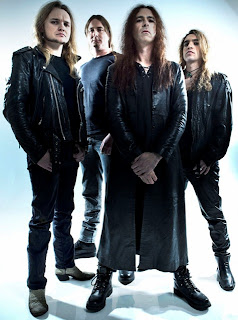 "Set In Stone" is the new videoclip of Australians LORD. The clip was filmed and directed by Dusk Music Video Production and includes snippets of the film "Alien Armageddon" by Neil Johnson. The song is included on the album of the same title, published in August 2009 via Riot! Entertainment.
Lord Video Clip "Set In Stone"

Posted by Indo Metal Goth™ on Saturday, July 09, 2011. Filed under Lord, Video . You can follow any responses to this entry through the RSS 2.0. You can leave a response or trackback to this entry