Posted by Indo Metal Goth™ at Monday, November 14, 2011
RAVENLAND was founded on winter of 1997, by Dewindson Wolfheart, the band actually is one of the bigest names representant of Brasilian Gothic Metal Rockl.
Has did gigs besides of great names of world rock /metal cene like; THEATRE OF TRAGEDY, ANNEKE (ex-THE GATHERING), Danny Cavannagh (ANATHEMA), MOONSPELL, TIAMAT, NIGHTWISH and others...

The last studio album "and a crow brings me back" 2009 ...has the special guesties as Ricardo Confessori on drummer studio sessions (ANGRA/SHAMAN/KORZUS) and Tommy Lindal (ex-THEATRE OF TRAGEDY) as guitar player guest in two songs. The album was mastered in Germany by Waldemar Sorychta (TIAMAT, MOONSPELL, LACUNA COIL, FLOWING TEARS, SENTENCED, SAMAEL...)

The "End of Light" video clipe is displayed on Brazilian MTV till today and others songs from this album like "Solmoon" are played till day on Japan, American and European Radios.

In this moment, the band records his new album without title with 12 songs that mixing feellings and emotions with heavy and energy of rock and metal. The band release the new EP "Memories" with 4 songs:1 "Memories",2"Memories" (acoustic version),3 "Regret" (11version) and 4 "Fire in the Sky" (Ozzy´s cover - bonus track) - Release April of 2011. 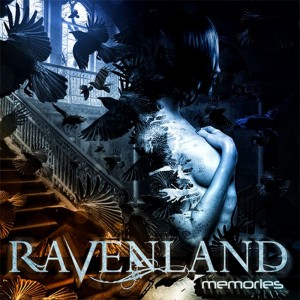