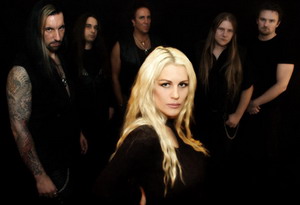 Imperia is the Symphonic Gothic Metal band from Holland that was formed in 2004. Imperia led by Helena Iren Michaelsen (vocals).

Imperia is a cross-border unit of musicians originating from different countries: Norway, Finland, Germany, Belgium and the Netherlands.

In 2004, Imperia played in several festivals and a tour supporting Nightwish in Amsterdam, Netherlands.


Discography :
The Ancient Dance of Qetesh (2004) download
Queen of Light (2007) download
Posted by Indo Metal Goth™ on Wednesday, January 12, 2011. Filed under Gothic Metal, Imperia, Profile Bands, Symphonic Metal . You can follow any responses to this entry through the RSS 2.0. You can leave a response or trackback to this entry