Iron Maiden: ‘From Fear To Eternity’ Best-Of compilation due in May 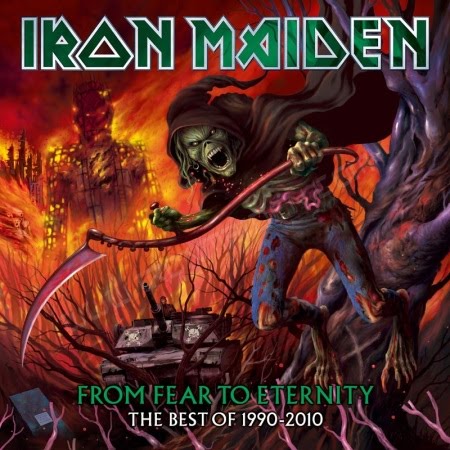 Iron Maiden has announced a new “best of” collection is on its way from the legendary metal band.

Due May 23, “From Fear To Eternity: The Best Of 1990-2010” is a double-CD set spanning twenty years, coming on the heels of the success of Maiden’s 2010 studio album, “The Final Frontier,” which hit the number one spot in 28 countries around the world. It also became the band's highest-charting album in the US, where Maiden were recently awarded their first Grammy for Best Metal Performance, for the song “El Dorado.”

“From Fear To Eternity” is a chance for new fans of the band to explore Iron Maiden's history, with the highlights of their last eight studio albums distilled into this collection, which follows 2009's compilation of their earlier work, the 1980-1990 “Somewhere Back In Time” album.

This new collection charts the musical development of Britain's most successful metal band as they have evolved their sound, producing longer, more complex songs, gaining huge critical acclaim in the process.

Featuring many of the epics for which the band has become renowned, it is accordingly released as a double-CD, but will retail for the price of a single album.